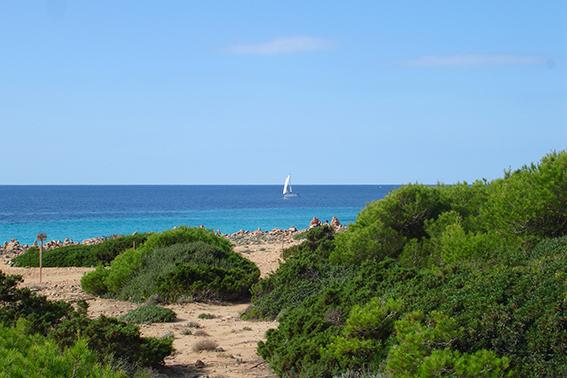 Climate protection in tourism: flight shaming alone is not enough!

On occasion of the World Tourism Day on 27 September, Naturefriends are calling for rapid and effective action regarding climate protection in tourism. Flightshaming alone is not enough!

Tomorrow thousands of people all over the world will go out on the streets to demonstrate for climate protection. Tomorrow also World Tourism Day will be celebrated. As a major contributor to climate change, the tourism industry is demanded to face up to its responsibility. Particularly the constantly growing air traffic is accelerating global warming.

Last year, the international world tourism organisation UNWTO counted 1.4 billion tourist arrivals; ten years ago, it was only 928 million. Air traffic causes three percent of CO2 emissions worldwide. But only a comparatively small part of the world's population is responsible for this emission, because flights are not affordable for most people in our world.

Last year, planes caused around 900 million tons of CO2 and the trend is rising strongly. This also applies to cruise shipping, with about 28 million passengers in 2018. A large number of ships still uses heavy fuel which makes the ships a climate killer.

Travelling became a fast consumer product
Taking a plane or travelling on a cruise ship is becoming cheaper and cheaper, short trips, even several times a year, are booming. Travelling has become an everyday product. "Our current travel habits are not sustainable," says Cornelia Kühhas, tourism expert from Naturefriends International (NFI). Destinations are simply ticked off; people are rushing from one sight to another unable to experience the country and its people. "Travelling more consciously - longer, less often and ideally by train - is better for the climate and guarantees a relaxed holiday experience at the same time", Cornelia Kühhas is convinced.

Climate protection needs rules and laws
For climate-friendly tourism, appropriate political and economic framework conditions are necessary. "Above all, we need true costs," says Cornelia Kühhas. Taxing kerosene - as the environmental NGOs have long been calling for - would be an important first step. Just as banning heavy crude oil as fuel for cruise ships, like it has been the case for motor vehicles for many years now.

Sustainable tourism is ecologically, socially and economically compatible
"Effective climate protection measures are an essential pillar of sustainable tourism”, says Cornelia Kühhas. "Sustainable tourism must also consider social and economic aspects. It must be fair to the environment AND to the people who live and work in holiday destinations.”
According to the motto of this year's World Tourism Day: A better future for all!