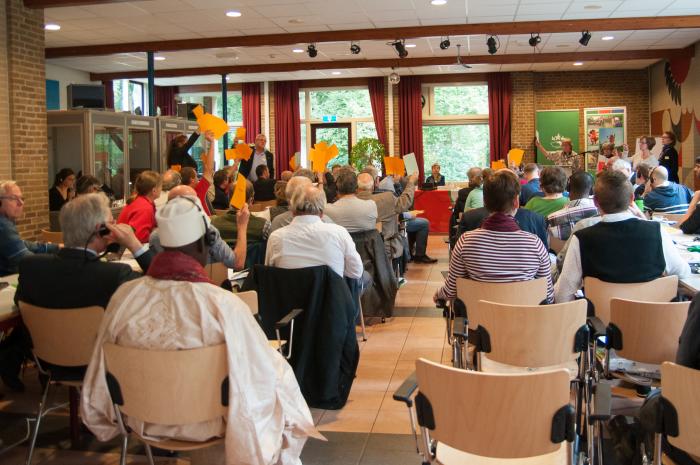 Living Climate Justice! In Solidarity Towards a Better Future!

In the next years, Naturefriends International will put the fight against climate change and for more climate justice into the focus of its work. It makes specific politic demands and calls on politicians to act quickly.

On 21st October 2017 in Lage Vuursche (Netherlands), the International Congress of Naturefriends voted for the issue of climate justice as the guiding theme for its international work. According to the motto "Living climate justice! In solidarity towards a better future!" activities for more climate justice over the next three years will be initiated.
„Curbing climate change, mitigating the consequences of climate change and shaping a socially just global economic system: these are the challenges of the 21st century. The ecological capacity limits of our planet have long been reached!“, said Manfred Pils, president of Naturefriends International. The increasing social inequalities result in more and more belligerent conflicts on the one hand and in immeasurable poverty and misery of entire population groups on the other hand. Therefore, this transformation towards a sustainable future needs to be initiated right now.

Naturefriends International (NFI) is the international umbrella organisation of the Naturefriends movement, uniting over 50 member organisations and approximately 350,000 members. The focus of NFI’s work is on creating and implementing sustainable development of the environment and society. NFI is member of the “Green 10”, a coalition of ten leading environmental NGOs active at the EU level.