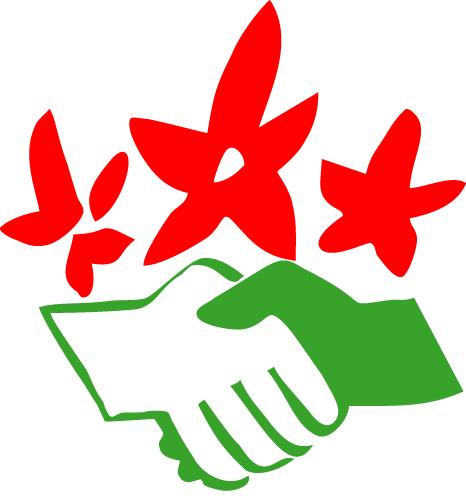 No Greenwashing of Nuclear Power and Fossil Gas in the EU Taxonomy!

The inclusion of nuclear power and fossil gas in the recently published European Taxonomy contradicts the Taxonomy's goal of protecting private investors from greenwashing and the Taxonomy's Do No Significantly Harm principle. By diverting large investments to unsustainable forms of energy production, the taxonomy risks derailing the entire EU climate agenda and the European Green Deal.

The aim of the Taxonomy Regulation is to define the conditions under which a given economic activity can be classified as sustainable, thus contributing to the European Green Deal. It should create security for investors and according to the EU’s own explanation “protect private investors from greenwashing, help companies to become more climate-friendly, mitigate market fragmentation and help shift investments where they are most needed.” (EU taxonomy for sustainable activities | European Commission https://ec.europa.eu/info/business-economy-euro/banking-and-finance/sustainable-finance/eu-taxonomy-sustainable-activities_en)

In late December 2021 the EU-Commission has presented its proposal for a taxonomy list which includes nuclear power and fossil gas-fired installations as sustainable investments. This will not protect investors from greenwashing but rather massively promote it.

Nuclear power and fossil gas power are not sustainable!

The EU Commission argues that nuclear power stations do not generate CO2 emissions. This is only partly true: The burning of nuclear fuels does not lead to CO2 emissions, but if the whole process is taken into consideration there are CO2 emissions during the construction and deconstruction phase of the power stations, as well as during the mining and transport of the nuclear fuel, and the management of nuclear waste. In addition, the unsolved question of the final storage of nuclear waste is another strong argument against labelling nuclear power as sustainable and does not go along with the EU Taxonomy’s Do No Significant Harm principle.

Do we need nuclear power and fossil gas as transition technologies?

Lobbyists argue that nuclear and fossil gas power are needed as a transition technology until the renewable energy system will be fully developed. They emphasize the security of supply risk if the energy supply depends only on renewables such as hydro power, wind power, and photovoltaics, which are all highly dependent on weather conditions. However, the entire energy industry is currently working to mitigate these risks by installing new energy storage systems and managing demand to reduce spikes in energy consumption. At the same time, we also have to implement more energy saving schemes, which is one of the targets of the CO2 emission trading system.
Geothermal installations and the use of hydrogen produced via renewable energy sources will help to mitigate the intermittent energy production from wind and solar, too. In addition, biogas plants will increasingly help to balance the renewable energy system. Hydrogen and biogas will reduce the amount of fossil gas used for heating or transport, too. This means that regional gas networks used for hydrogen and green gas might also be needed in future.

Given the enormous financial need for implementation of the sustainable climate policy and especially the European Green Deal there is strong competition regarding financial investments. Looking at the Levelized Cost of Electricity (LCOE) nuclear energy is by far the most expensive way to invest in energy. For example, the consortium of the UK Hinkley Point nuclear power station, which is currently under construction, has negotiated in 2013 a guaranteed fixed price of 111 euros per MWh which will be adjusted according to inflation during the construction period and over the subsequent 35 years tariff period. Currently the fixed price amounts already to 134 euros per MWh.

This way, the costs will increase year by year. At the same time the costs of a large photovoltaic plant are currently between 31 and 57 euros per MWh and are decreasing year by year. Today one MWh from solar energy is already less than one quarter of that one produced by Hinkley Point and this gap will increase further until Hinkley Point will start operation – which is foreseen for 2027 but might be later according to the experience concerning construction times of other nuclear power stations. From the point of efficient climate policy, it does not make sense to divert investors to nuclear and fossil energy pretending that these investments could be regarded as “green” ones.

A big damage to climate policy and to the Green Deal

Thus, the new EU taxonomy undermines the target of the European Green Deal to become the first climate neutral continent by 2050. Potentially new nuclear power stations might be ready only after 2040 and both, nuclear and fossil installations will operate for another 40 to 50 years. And it might at the same time reduce financial investment into the renewable energy sector, energy efficiency measures, renovation of buildings, and heat pumps.

on behalf of the NFI Board