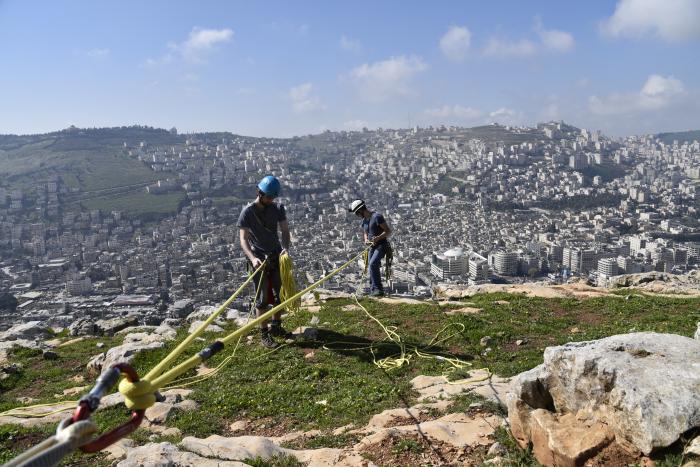 In March 2019, members of the Nürnberg-Mitte local group left for Palestine. Their mission: to establish climbing routes in Nablus. The idea was born a year before, when a young Naturefriend noticed a rock face above the city that seemed to be waiting for climbers. But the local climbing scene is small and leisure activities for the young people who live there are generally rare. So, the "Naturefriends Nablus Climbing Project" was initiated, which was financed by donations.

With a lot of "iron" in their luggage a group of Naturefriends went to Nablus. For five days they hung in the wall and drilled, dowelled and cleaned. Young people from the area came along and tried out climbing under the expert guidance of the Naturefriends.

During these five days further ideas were born and plans were made - such as trainings for climbers in cooperation with the University of Nablus and also the founding of a Naturefriends group in Nablus.