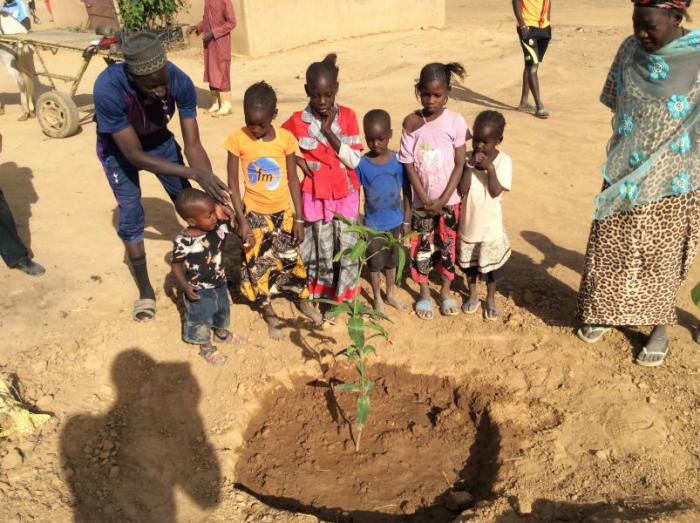 Climate justice as the basis for a good life for all people!

The industrialised and emerging countries have the largest contribution to global greenhouse gas emissions – but it is the people in the Global South, many of whom already suffer from extreme poverty, who are most affected by the consequences of climate change. Naturefriends International, therefore, calls for more climate justice at the World Climate Conference, which starts this weekend in Sharm El Sheikh: immediate, ambitious and binding climate protection measures as well as efficient support for the countries and people most affected by climate change.

A year of climate catastrophes is behind us: Europe experienced the hottest summer in centuries; large parts of Pakistan were flooded; hurricanes raged in Cuba and the USA ... The poorest suffer the most from the effects of climate change. "This is anything but fair!" says Manfred Pils, President of Naturefriends International. "Because the biggest emitters of greenhouse gases are the industrialised and emerging countries, but it is mainly the people in the countries of the Global South, who hardly contribute to climate change themselves, who pay the bill."

The climate crisis hits the poorest

People of Senegal, for example, most of the population in this West African country earns their living from agriculture and fishing. But it is precisely these very important economic sectors that are being hit hard by climate change - by drought and floods that lead to poor harvests, by altered ocean currents that change the routes of large shoals of fish. In addition, entire coastal regions have already sunk into the sea due to rising sea levels and coastal erosion. Thus, tens of thousands of people lose their homes and livelihoods year after year.

It is high time for concrete action!

The climate crisis is advancing at an astonishing speed, but both the EU and its member states are hesitating to implement appropriate measures in time to achieve the global climate goals. "At the World Climate Conference, we must finally put our money where our mouth is and decide on concrete, immediate measures against climate change," Manfred Pils demands. "Above all, this is also about climate justice, about the question of risk and opportunity distribution. Industrialised and emerging countries, as the biggest emitters of greenhouse gases, must make a vital contribution to climate protection! And they must do it now!"

In addition, money must also be made available to finance the implementation of necessary measures to adapt to climate change in the countries of the Global South that are particularly affected, thus enabling the population to live in dignity. "Climate protection and climate justice are clearly the prerequisites for the successful implementation of the 17 global development goals with which the UN aims to create the basis for a good life for all people within the framework of the 2030 Agenda," says Manfred Pils.

The Naturefriends Climate Fund as an active contribution to climate justice

Naturefriends International has set up a climate fund that offers the opportunity to make a personal contribution to more climate justice. The donations flow 100 per cent into concrete projects of African Naturefriends that mitigate the consequences of climate change and improve people's living conditions. "Thanks to the Climate Fund, six projects have been implemented in African countries since 2017, all of which benefit the local population - e.g., fruit tree plantations, securing river banks or the construction of energy-efficient cooking facilities," confirms Mamadou Mbodji, President of the African Naturefriends Network and Vice President of NFI. www.climatefund.nf-int.org


Climate justice is a principle that grants everyone worldwide, including future generations, the same right to an intact global climate and strives for equitable financing of measures necessary as a result of climate change. To keep the world’s climate from going off the rails, manmade global warming must be limited to less than two degrees Celsius. This means that each person in the world is only allowed to cause a maximum of two tons of CO2 per year. In 2019, CO2 emissions per capita in Germany caused by energy use and consumption were 7.9 tons, almost twice the global average. This is in contrast to the CO2 emissions caused by people in the Global South, which in many cases are less than one ton per year. At the same time, the countries of the global south are most affected by climate change.