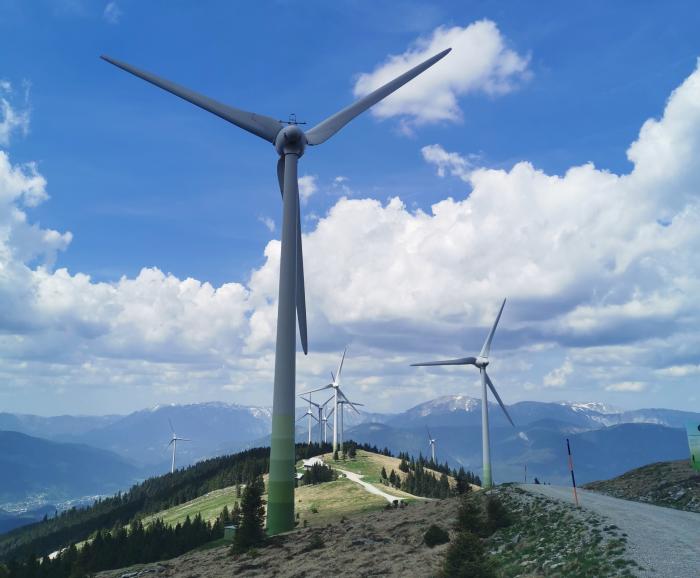 Energy transition for an independent, ecological, and social Europe!

At its Annual Conference in Lozio (Italy), Naturefriends International (NFI) calls on the European Union and its member states to immediately implement necessary measures for an energy self-sufficient, ecological, and social Europe. A rapid switch to renewable energies that is in line with nature conservation is the basis for achieving global climate goals and for ending dependence on the monopoly suppliers of fossil fuels.

Socio-ecological energy transition for a future-proof and independent Europe

The ever-increasing costs of fossil energy sources highlight the need for a rapid transition towards renewable energies. Only in this way Europe can reduce its dependence on the monopoly suppliers of fossil fuels and at the same time achieve the global climate goals. A key element here is investment in efficient electricity storage facilities to compensate for the weather-dependent production volumes of renewable energies. In parallel, suitable measures are needed to protect low-income households from energy poverty.

Efficient storage systems instead of fossil or nuclear energy sources

"Many European countries have been trying for years to accelerate the generation of electricity from renewable energy sources, i.e., wind, solar, hydropower and geothermal energy. However, they have neglected to accelerate the development of suitable storage facilities at the same time. As a result, Europe's electricity supply is still dependent on coal, gas, and nuclear power plants to produce enough electricity at times when wind, sun or water are scarce," explains NFI President Manfred Pils. Since exactly as much electricity must always be fed into the grids as is taken out, there are regulating power plants that increase or reduce their production at the request of the European grid operators. Here, many European countries have turned to gas-fired power plants because they can produce electricity quickly when needed. That is why the higher gas prices are now also reflected in the electricity market.

"The right strategy would be to build more electricity storage facilities, such as hydrogen storage, for times when there is a shortage of renewable energies. This technology has the advantage that electricity can be generated from hydrogen without emissions. With appropriate support, as was the case with wind and photovoltaic plants, we would already have a respectable park of storage facilities that could replace gas in the system," says Manfred Pils. "Instead, there has been an increased reliance on the so-called bridging technology of gas, which has not only had a negative impact on the achievement of global climate goals but has also led to the extreme burden of high energy prices on households."

Skimming off excess profits for the population and for climate protection

While the high energy prices are becoming an existential threat for many low-income households, electricity suppliers who generate their electricity with renewable energies are currently making high excess profits. "These excess profits must be skimmed off and used to relieve the burden on households and for the expansion of renewable energies and efficient storage facilities," Manfred Pils demands.

The Annual Conference of Naturefriends International in Lozio (Italy) therefore calls on the European Union and its member states to implement a coordinated energy policy: