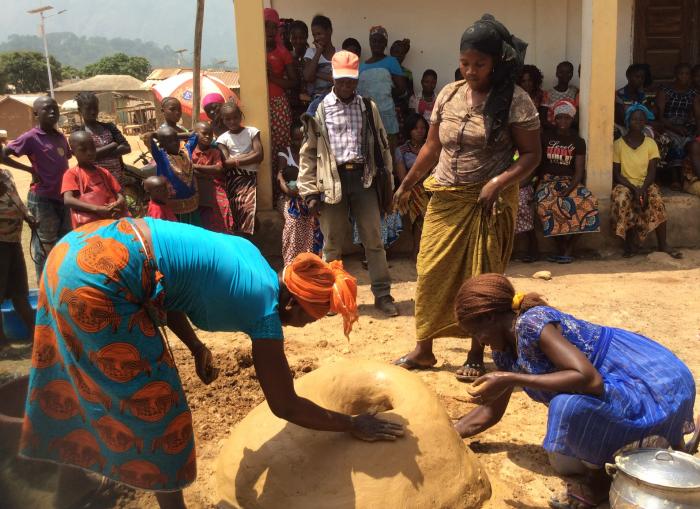 In the rural regions of Guinea, wood is the main source of energy. The open fireplaces, which are used by the families for cooking, require a particularly large amount of firewood, which leads to the clearing of the forests. The fireplaces also emit large amounts of smoke.

The project, which was financed by the Naturefriends Climate Fund, enabled training courses to be held in three selected mountain villages. The people were informed about the importance of the forests and enabled to build improved cooking stoves. The new stoves, which are built from locally available materials, need considerably less wood and also emit less smoke. This benefits the forests, the climate and the health of the population. And the women from the villages, who participated in the project with great enthusiasm, are now also happy about the time saved, because less firewood has to be collected.