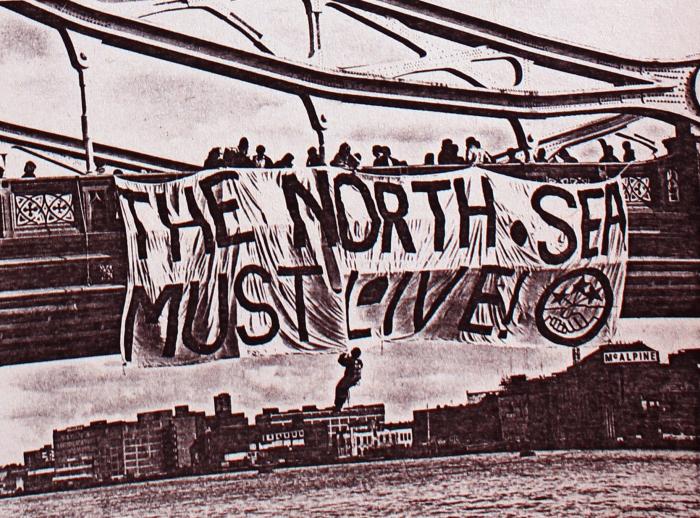 107 | Active for the North Sea - A remarkable day for Naturefriends

In 1985, Naturefriends International set up a working group on the North Sea region in which all member organisations from countries bordering the North Sea were represented. In 1987, this working group created a comprehensive and multilingual exhibition on the history and ecological problems of the North Sea and drew up a detailed catalogue of demands for the rescue of the North Sea habitat. The aim of the catalogue was to put pressure on political stakeholders in the run-up to the 2nd North Sea Conference of the neighbouring countries in November 1987 in London, after the 1st North Sea Conference in Bremen in 1984 had failed to deliver results.

At the NFI Congress in Brighton in September 1987, the exhibition was set up and the Congress dealt with the catalogue of demands. Spontaneously, Naturefriends mountaineers decided to take action on the London-Tower-Bridge. With a huge banner "The North Sea must live" they abseiled spectacularly from the bridge and thus reached a large public.