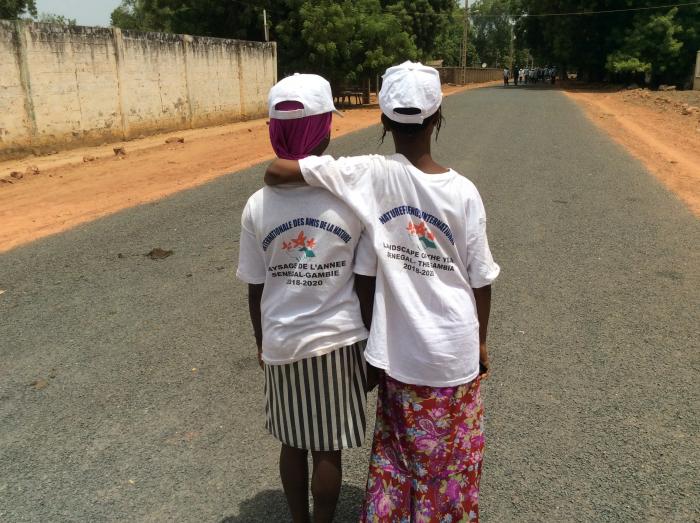 Strengthening encounters and exchanges between neighbouring countries – that is one of the aims of the "Landscape of the Year". This was also the case in the border region of Senegal and the Gambia, where young people from the two countries got to know each other better during an exchange.

Students from Janjanbureh Upper Basic School and from the Collège d'Enseignement Moyen Koumbidja Socé (Koungheul) invited their colleagues and their teachers to visit them for a weekend. The young people, aged 13 and 17, visited sites of historical and cultural interest, played football and handball together, enjoyed playing theatre and spent the evenings with games and dancing. Important topics in all activities were environmental and climate protection to motivate the young people to become actively involved.

For all young people, the meetings were also their first visit to the neighbouring country, even though the two schools are only about 40 km apart. The meetings took place in a very cordial atmosphere. This is how new relationships and some lasting friendships were formed.

The initiative, supported by NaturFreunde Offenbach (Germany), was highly welcomed by representatives from the regional administration and politics; they see the student exchange as an important step to further strengthen the relations between the inhabitants of the two countries.