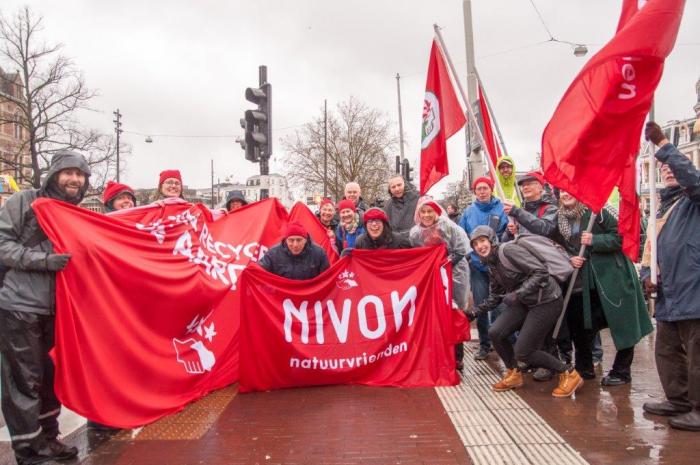 “The art of living is learning to dance in the rain instead of waiting for the sun.” This is probably what the 40,000 protesters thought on 10th March 2019 in Amsterdam. Greenpeace and Friends of the Earth had called for this event and the Dutch Naturefriends solidarized with a large group. For some it might have been their first demonstration. The aim of the demonstration was to get attention for the climate issues of the political and economic decision-makers in order to maintain the goals of the Paris Climate Agreement.

The intention behind was to expel the evil spirits of the climate deniers with this collective rain dance – and it was worth it: three days later the Dutch government announced that the demands of the environmental organizations were taken into consideration in combination with an honest distribution of the loads.

That encourages. The climate march proves that ecological commitment can make a change.